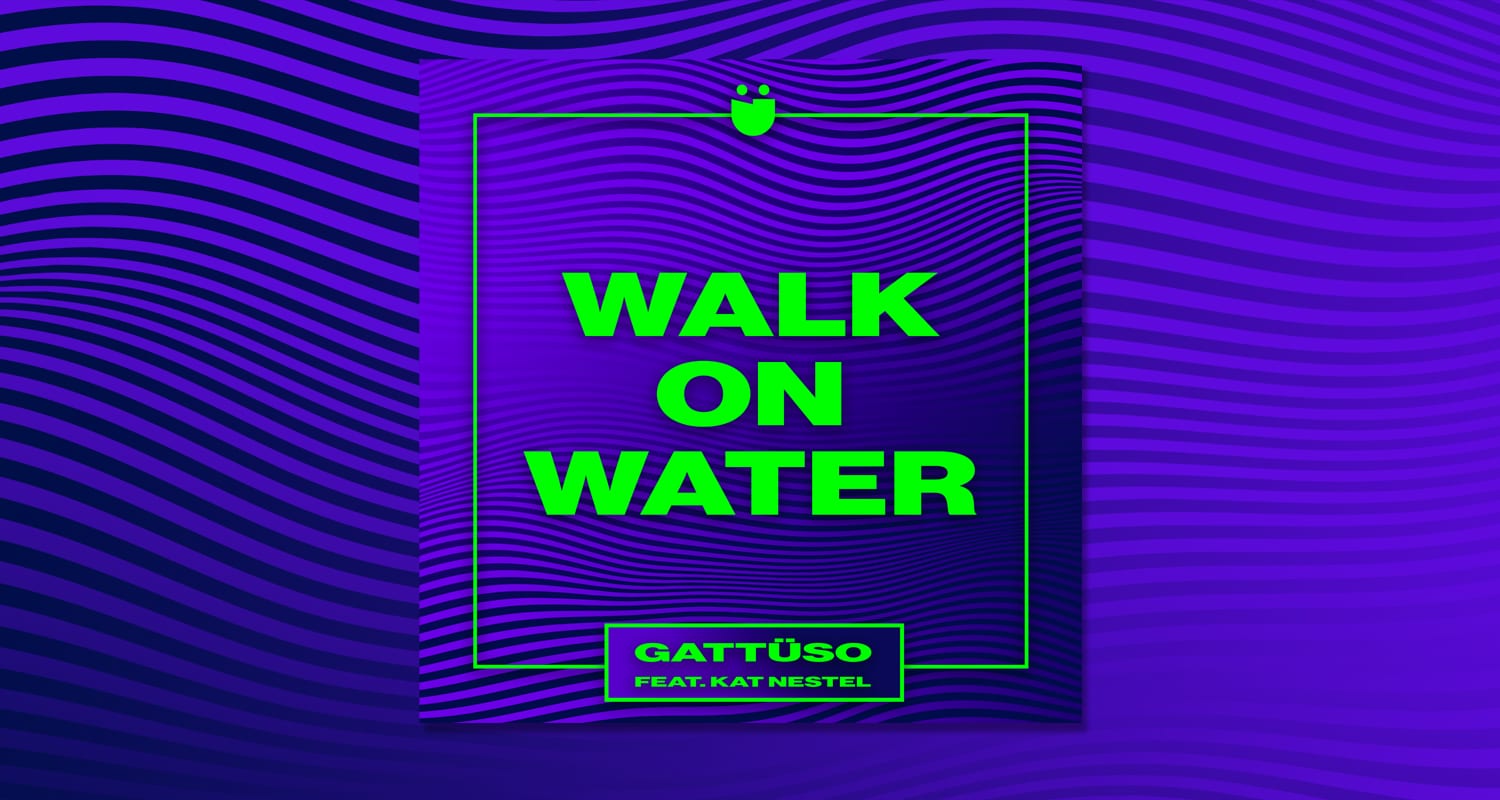 Following a freshly signed deal with famed NYC-based label, Ultra Music, GATTÜSO shares his new single, “Walk On Water,” featuring Kat Nestel. “Walk On Water” merges a massive piano house melody and peak time beats with Kat Nestel’s intense vocals. Destined to be a Miami Music Week anthem, this song will have you walking on…no dancing in the water (at a pool party, that is).

“I’ve been a fan of Kat’s vocals for a long time since hearing her on tracks with Vicetone and Disco Killerz.  She’s got so much power, and a raw, rock and roll vibe to her sound that I really love,” says GATTÜSO. “I was out in LA to do a radio show and we arranged to get in the studio together.  Kat’s amazing in session and the whole song was basically written right on the spot!”

“In just two years, GATTÜSO has become a star rising out of the core of electronic dance music where he built his foundation. With his new music being released, tour dates building and high profile collaborations in the works, we’re looking forward to working with GATTÜSO for years to come,” says David Waxman, SVP/General Manager, Ultra Music.

Since his first release, “Who We Are” in summer 2018, GATTÜSO has rapidly made a name for himself in the dance music scene. He has twice charted top 10 on Billboard Dance Radio, his songs have been streamed over 70 million times on Spotify and Apple Music, and his music has been endorsed by top artists such as Tiesto, R3HAB, Galantis, Sam Feldt, Steve Aoki, and many more. GATTÜSO has released music with leading international dance labels Enhanced Music and Armada Music, R3HAB’s label CY3RPVNK as well as through his own label, T&T Records.
GATTÜSO has launched into 2020 will a ton of momentum which includes his recently released remix of R3HAB, ZAYN and Jungleboi’s “Flames,” his new label deal with Ultra Music and a new live representation agreement with William Morris. GATTÜSO recently came off a two-night stand at Avant Gardner in Brooklyn as support for Galantis and heads out on the road for a series of dates this winter. Click here to track GATTÜSO’s most up-to-date tour schedule.