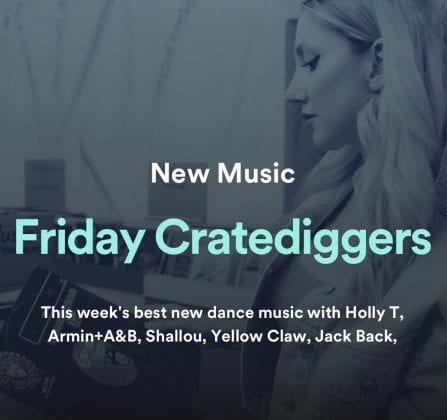 March 1st, 2019 – Unleashing his first single of 2019,  has teamed up with Israeli DJ and producer, Gattuso for an uplifting track that will light up any dance floor. The track is titled ‘Say It Right’ and features Holly T‘s memorizing voice on the vocals which perfectly compliments the energy on the track. This is not the first time Druu has worked with Holly T as the two are just coming off the success on their latest hit track, ‘Just You & I‘. Their previous hit together was streamed over 1.5 million times worldwide and was even featured on the Mint playlist of Spotify. Gattuso is also dropping this song after a series of successful releases in 2018 like ‘Who We Are?’ and ‘Easy Boy‘ that aggregate to over 6 million streams on Spotify alone.

‘Say It Right’ has been receiving support from all over including being featured as the first track on Spotify’s Cratedigger’s playlist. The song kicks off with melodic vocals before building up into a energetic drop. The lyrics are instantly recognizable as a dance remake of the classic Nelly Furtado hit in 2006. ‘Say It Right’ is just what you need to bring you across the finish line on a Friday ahead of a night out. You can check out Druu, GATTÜSO, and Holly T’s new track ‘Say It Right’ below now. – Michael Tam